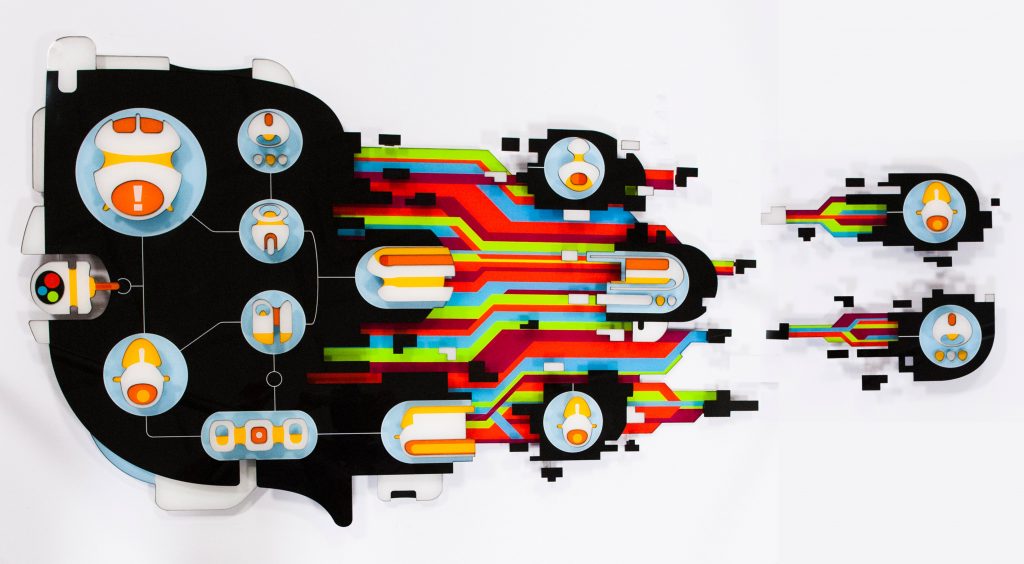 The digital technologies that increasingly shape our daily lives represent for me an intriguing platform for speculation. They evoke an array of hypothetical futures drawn from both the dystopian and utopian ends of science fiction. A unifying theme in my work has been the attempt to re-imagine this evolving technological landscape through a futuristic visual vocabulary.

My work serves as a form of creative future studies, a speculation about the imminent that draws on science fiction narratives and past eras’ visions of the future. It explores issues such as technophilia and technophobia, how we negotiate our relationships with emerging artificial intelligences, and how we integrate technological change into an evolving sense of normalcy.

These thematic interests dovetail with my process. I am interested in the role and potential of newer design methodologies, and have adopted tools such as graphics software and a laser cutter to translate digital designs into physical objects which I paint and assemble by hand. 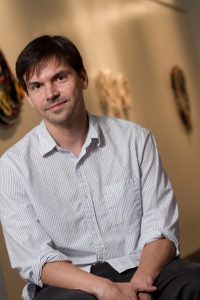 Tyler Bohm is a mixed-media artist who spent several years working in the architectural industry, where he adopted the tools and techniques of digital and physical modeling to create digitally-based sculptural works. The resulting artistic process, which involves traditional approaches such as painting mediated through a range of design technologies, is reflective of the technological themes explored in the work. In recent years, he has held solo exhibitions at the OSU Urban Arts Space in Columbus and the NEIU Fine Arts Center Gallery in Chicago, and participated in group shows at Trestle Gallery in Brooklyn, Proto Gallery in Hoboken, Van Der Plas Gallery in New York, and the Dayton Visual Arts Center. He is a Greater Columbus Arts Council Visual Arts Fellowship finalist. He is a graduate of Kenyon College and lives in Columbus.