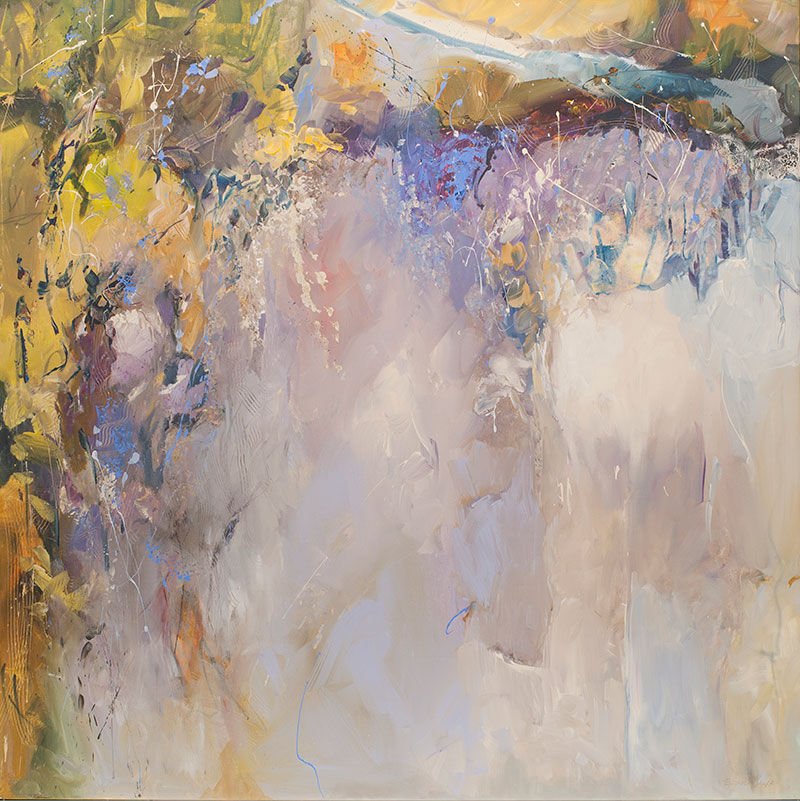 When I paint, I paint. I just start working with colors because I’m really a colorist. I know what goes with what, what works, or what plays; I have my feelings and I just want to get everything flowing, and the color working great.Â  It’s not all about color, though. When I was very young I trained to be an x-ray technician. From that time on, as T.S. Eliot wrote in his “Whispers of Immortality,” I have seen “the skull beneath the skin.”

The structure of the painting is very important to me, and in my most recent series I have, in a manner of speaking, allowed the bones of the painting-both compositionally and metaphorically,Â  become the painting’s’ subject matter. Like Georgia O’Keeffe, whose early 1940s series of pelvic bones enclosed spaces that later in the decade became forms themselves, I found the areas of interest in my own landscape and floral abstractions to be the atmospheric spaces between forms.Â  I came to realize that the significance in my paintings was not in the forms, but in the spaces in between them.Â  In my “Abstract Stories” series, those atmospheric spaces became increasing bounded by spontaneously drawn shapes. Painted in shades of ochre-tinted white -the color of bone– the enclosed spaces began to take on shapes that suggested something as intimate and normally hidden as bone; organic shapes that suggest body parts unveiled here and there as though to tease a lover.Â  T.S. Eliot ends his poem with, “Our lot crawls between dry bones to keep our metaphysics warm.”

I explore the interface between passion and the intellect, pulsing tissue and desiccated bone.

Our lot may be to crawl through our mortal span but, like the poet, we also sing. 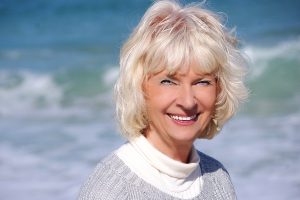