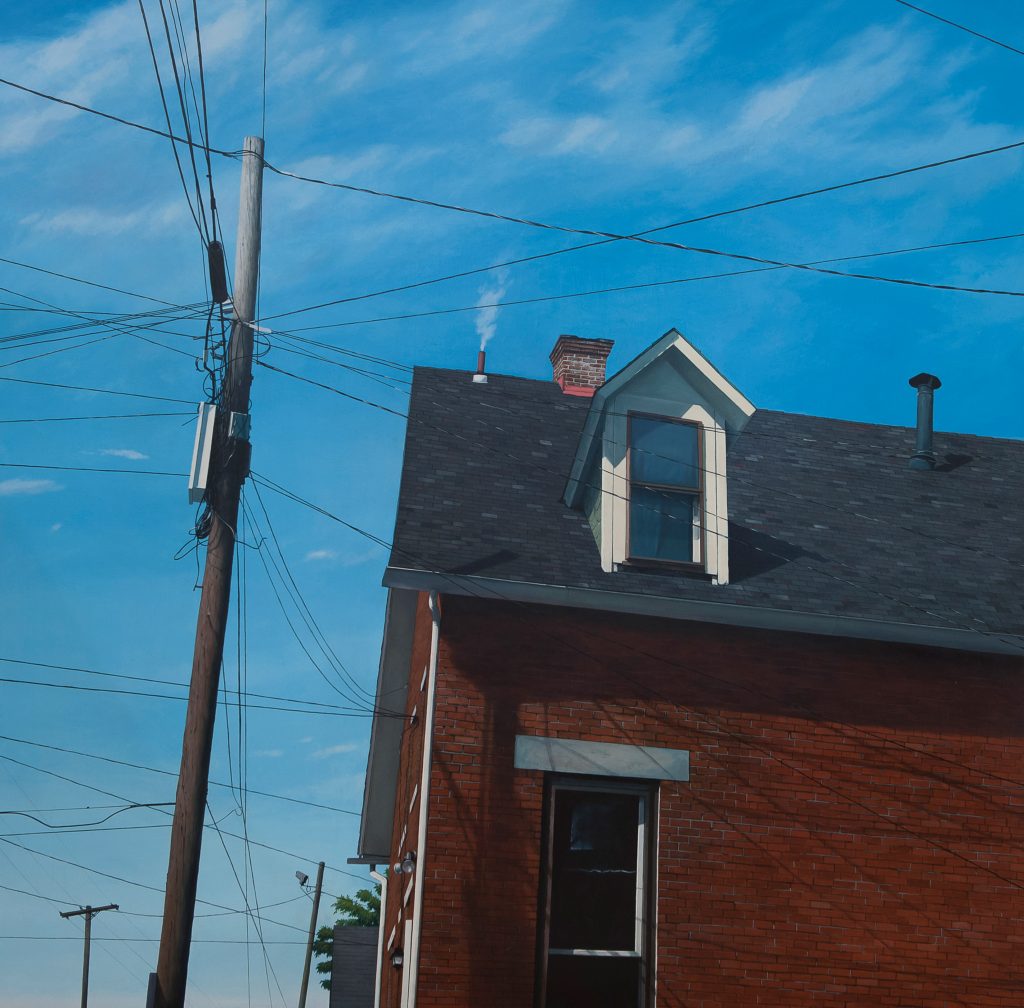 Three words encompass this painting — textures, lines, and contemplation. I chose this subject because of the sweeping lines that have created a multitude of diagonals, horizontals, and verticals running to and fro from the utility poles, and to the weathered brick home with it’s large dormer window, and turned back curtain. The window has yet to fully reveal the interior, possibly leaving the viewer to contemplate about the interior, and its inhabitants. 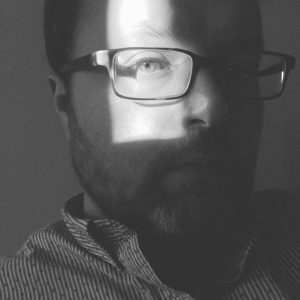 Landscape painter Christopher Burk finds inspiration in the urban neighborhoods he calls home. He is always searching for something new; unique forms and compositions, for example, that most people would walk past without taking notice.Â  In this vein, he finds beauty in mundane elements such as rooftops, water towers, and utility lines.Â  A resident of Columbus, OH, Christopher studied at the Columbus College of Art and Design and at the Myers School of Art at the University of Akron.Â  He has exhibited extensively, including shows at the Viridian Gallery (NYC), the Ohio Art League, the Columbus College of Art and Design, and the Columbus Cultural Arts Center.Â  He has won several awards for his work and most recently was named the Columbus Underground Best Local Artist for 2014. This artist is the recipient of a Ohio Arts Council Individual Excellence Award for 2015.