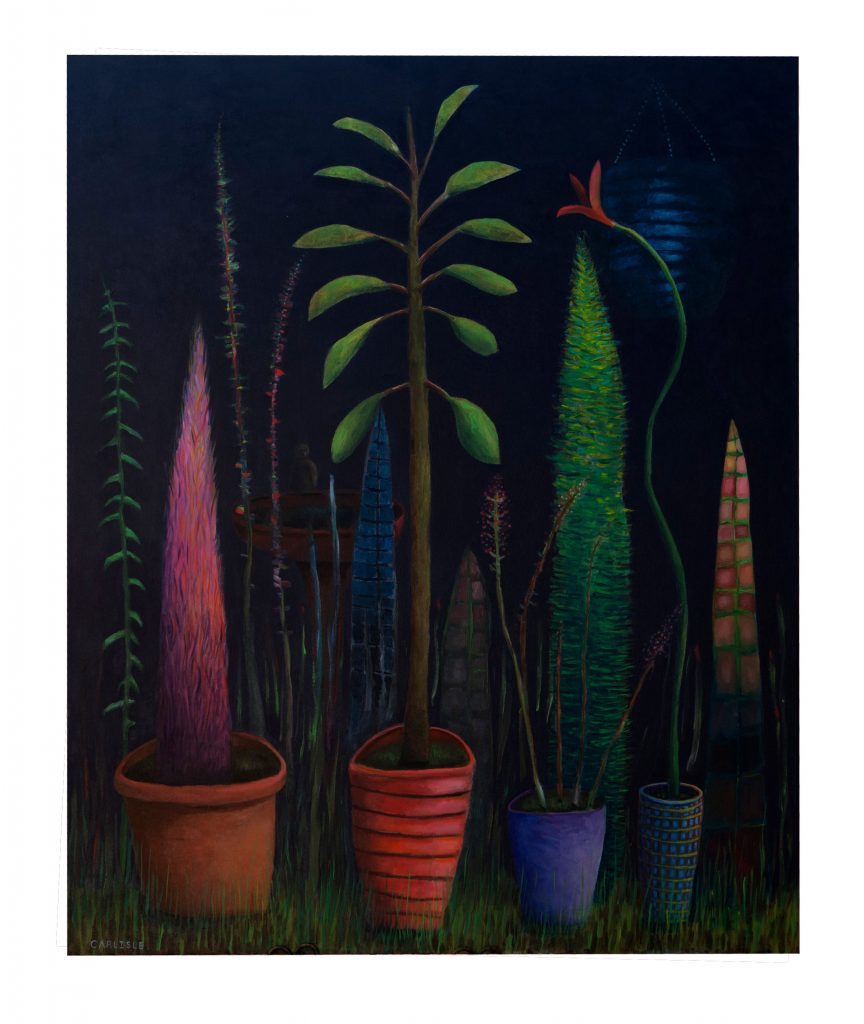 Night Garden #4 is part of an ongoing series of garden paintings Carlisle has created. He began the series of Night Gardens the early 90’s, all which have been large scale paintings.Â  The perspective given to the viewer is allowing for a more intimate experience with theÂ artwork. One may feel as if they either standing in the garden or walking along a path

which is the intent of the artist.Â  All the plants and flowers Carlisle creates for these lush gardens are fictitious, and simply created through the process of playing with color and design.Â  Carlisle’s art is traditionally optimistic in nature. In “Night Garden #4” he utilizes a full palette of colors thus maintaining his vision of bringing a positive visual experience to the viewer. 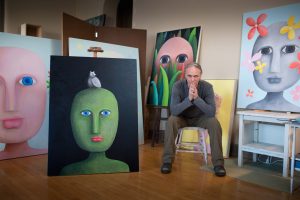