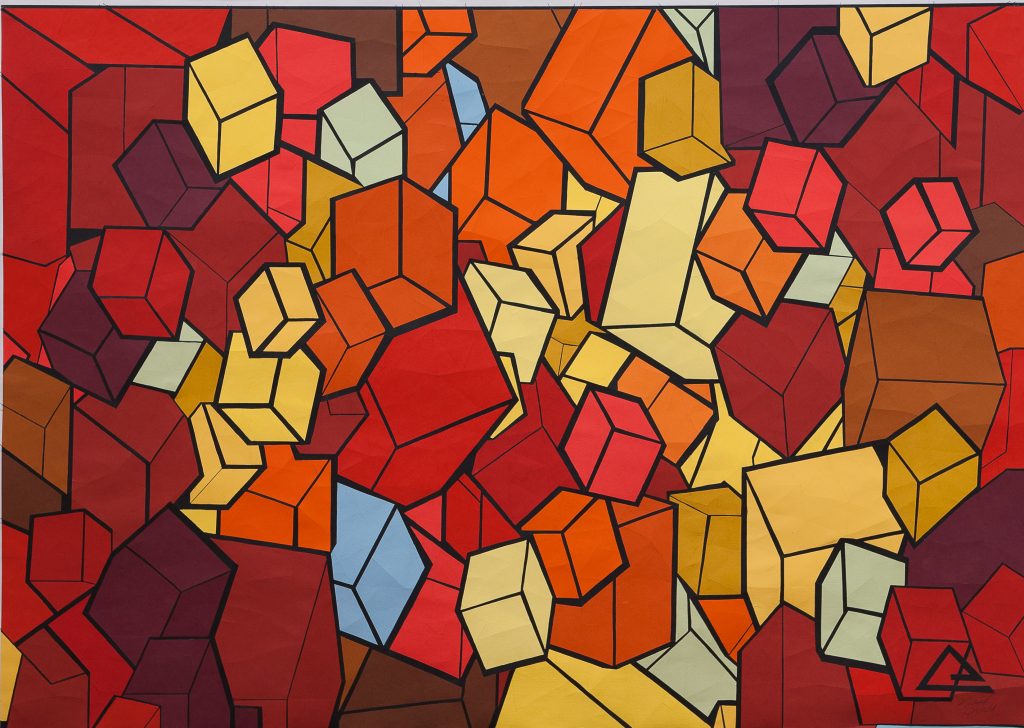 The playground is a piece which was inspired by my seven-year- old nephew. While seeking influence for my original piece intended for the exhibit, it was the youthful enthusiasm and familial bonds that evoked the concept for this particular piece. As simple as it sounds, one day while my nephew &amp; I settled in at a McDonalds restaurant, he insisted on exploring the play area. While it appeared to my eye to be very lackluster, my nephew’s eyes were full of joy and excitement. It was at that moment I decided it wasn’t good enough for him, and I took him to Magic Mountain. As soon as we arrived, my nephew went straight for the ball pin. His fearlessness and glee were infectious, and before I knew it I was diving in the pit right behind him. Fun, family, and youthful freedom, were the inspiring colors I used in my piece and the colors I hope you all feel as you view it. 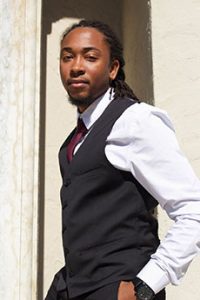 Originally exploring the world of photography with training from The Ohio State University, CJ takes different angles and approaches to how people can see colors and shapes. He credits his imagery manipulation with inspiration from Edvard Munch, Pablo Picasso, & George CondoÂ  CJ believes that people see things differently based on their personal experiences and has enjoyed the way art has had a way of bringing that difference of perspective out of people. His work has bridged and united outlooks ranging from love to religion over single pieces. His thought provoking pieces have been debuted at several art exhibitions at the Broad St. Presbyterian Church, in Columbus, Ohio. What makes his art so captivating is that which also makes it strenuous for him. The attention to detail that CJ infuses into each piece is very demanding on his time and schedule, but is also what makes each piece signature. Being a young professional in the art realm, CJ would like to continue to grow as an artist and leave a bolder and more impactful message with his viewers. Most of his early works are light and pleasing, but it is his goal to eventually have deeper, heavier, and more intellectually probing pieces, a la Munch, Picasso, & Condo.