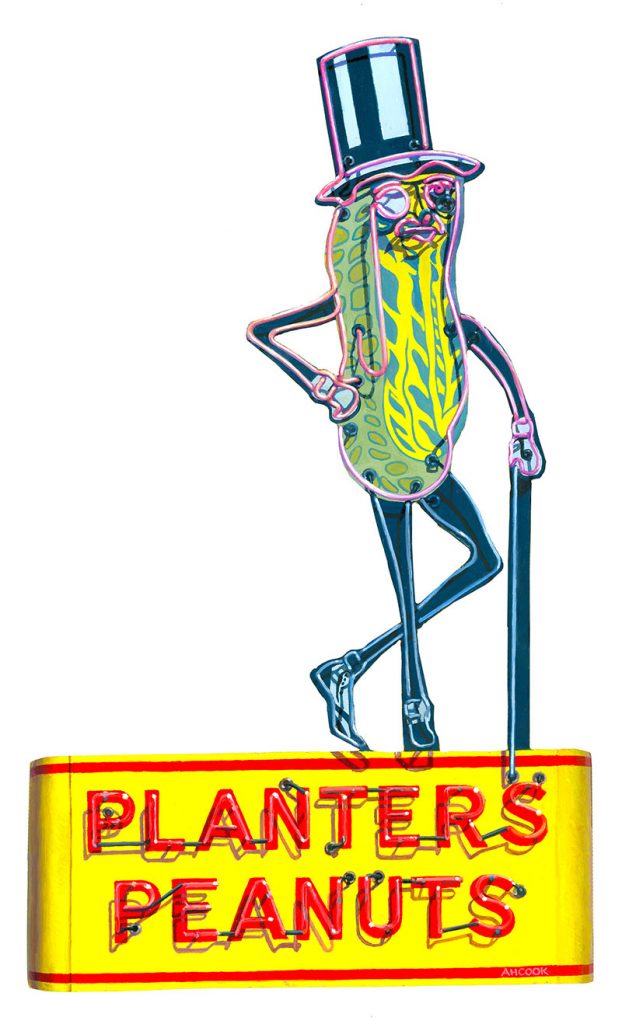 My oil paintings are typically presented in a traditional format and depict scenes containing neon signs. However, the paintings include the atmosphere which the signs stand. In the series of five paintings created for the Greater Columbus Convention Center, I have taken each sign out of its atmosphere, and consequently out the frame of a four-sided panel.Â  I captured the reference photographs around noon-time, so that the painted cast shadows of the painted tubing would fall at the same angle as the actual cast shadow of the completed piece when displayed. In doing so, the illusion is realized as the paintings are displayed for viewing. 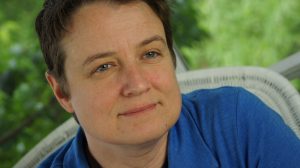 Amanda Hope Cook is a native of Nashville, Tennessee. Highly influenced and inspired by her father, artist Marion B. Cook, Amanda spent her first years immersed in learning the disciplines of painting and drawing. In 1994, she was awarded a scholarship to the Columbus College of Art & Design in Columbus, Ohio where she double majored in Fine Art and Illustration and minored in Visual Communications. Since graduating with a BFA in 1999, Amanda has consistently practiced fine art with oil painting as her primary medium. She is currently producing a series of representational urban paintings with landmark neon signs as their subject matter.