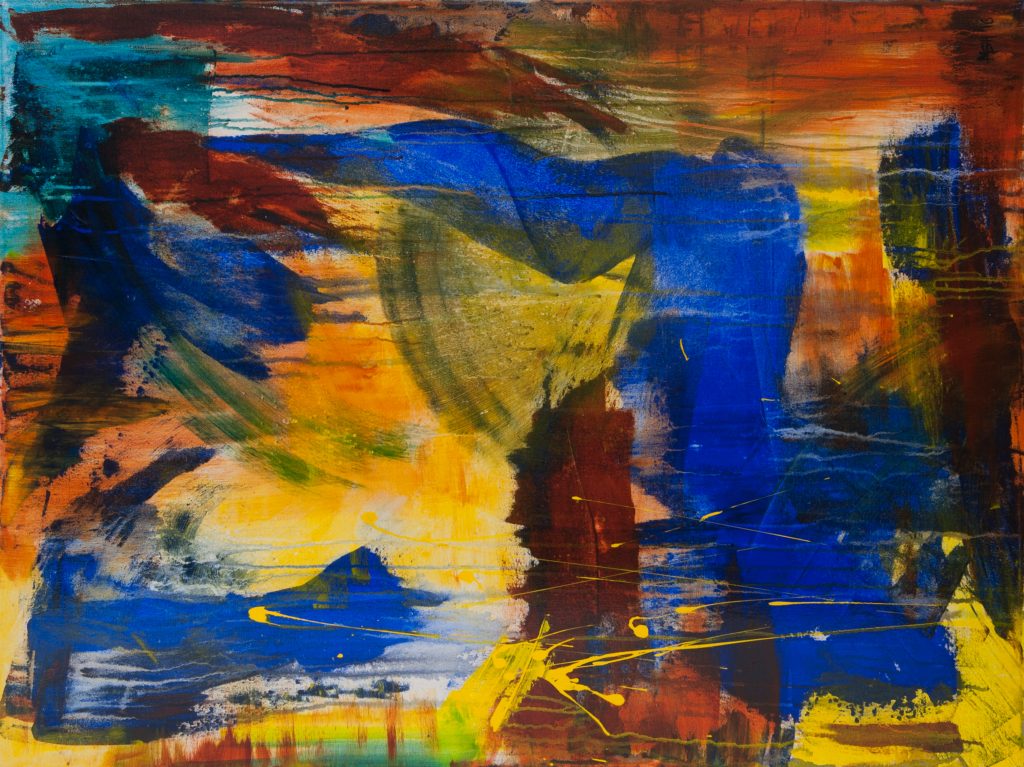 Where do we go from here?

I have spent nearly half my life in the art world in one capacity or another – mostly as a picture framer.Â  As such, I’ve seen a great deal of art in many forms and ifÂ  I have learned anything, I’ve learned this:Â  There is no such thing as good art.Â  There is also no such thing as bad art.Â  Art in any form is (or should be) an intensely personal experience both for the artist and for the recipient.Â  If it resonates with you, then it is good art.Â  If it does not, then it is useless to you and you should move on.Â  It may resonate on an emotional level, or on a purely intellectual level but if there is no connection to the art, then it has no purpose.

The creation of each painting shown here was an emotional experience for me.Â  I tend to think that those associated with a more intense experience are better than those associated with less intensely felt emotions.Â  But ultimately that is not for me to judge.Â  Once the essence of the art has moved from me through the brush and onto the canvas, it is only as good as the response it creates in the viewer.Â  Again, if there is a resonance or connection then it is a good or successful piece.Â  If not, move on.

I take a lot of my inspiration from mid-century abstract painters and abstract expressionism in general.Â  I’m fascinated by those artists who were working just after WWII and who changed the face of art forever by showing the world that it was ok to make a mark on the canvas that didn’t really represent anything.Â  It was mark making for it’s own sake.

I’m also fascinated by the interaction of the materials I use with each other.Â  Simply watching the way the colors mingle on the canvas and the way the surface changes with every stroke of the brush or pallet knife is endlessly enjoyable for me.Â  The completion of a painting can be a bittersweet experience for me because the fluid process of applying paint to canvas is often more important than the completed piece. 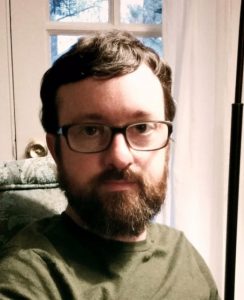 Born and raised in upstate New York, Matthew now lives with his family in Columbus, OH. While studying Illustration in college, Matthew left school to pursue a career in custom picture framing. Â After moving to Connecticut, his wife bought him an easel and some paints and that set him on the road to becoming an Abstract Expressionist painter. He still builds fine picture frames and dabbles in his garage woodshop in between paintings.