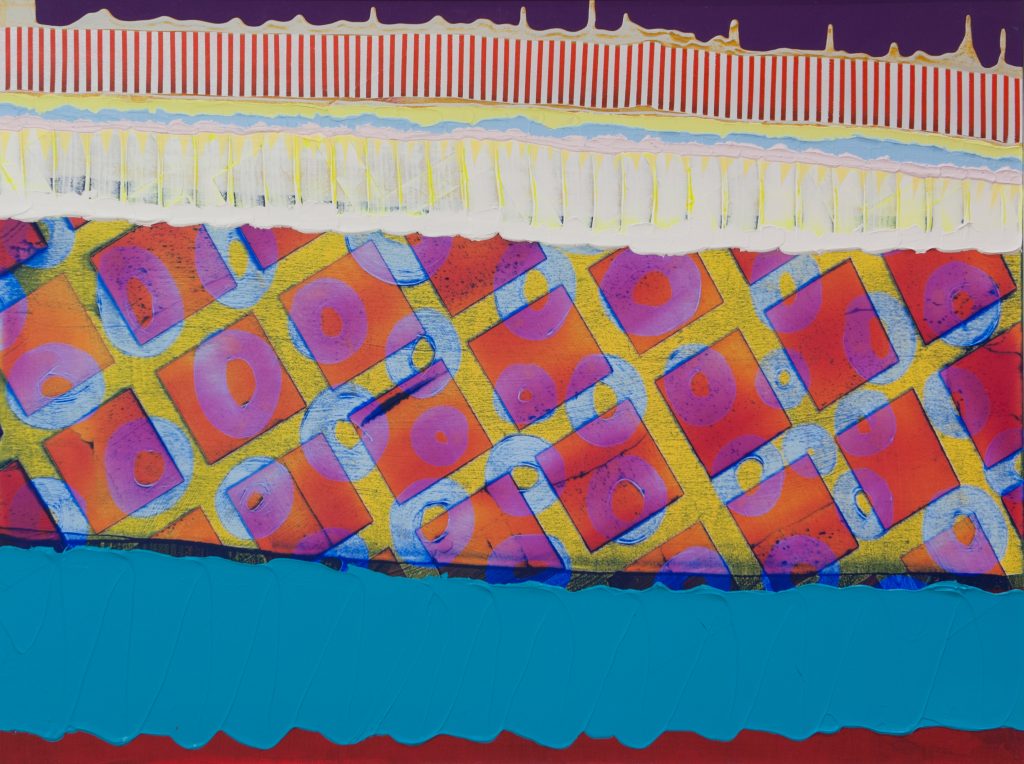 I’m interested in contradiction, control, humor, drama, and being sensibly ridiculous.Â  Putting a round peg in a square hole. This work exists somewhere between painting, collage, and sculpture. Each piece combines the compulsive act of mark making with an analytical desire for order. They function as the result of anecdotal and sometimes absurd organizational systems. I operate under loose guidelines generating layers of paint that intentionally differ in color, shape, texture, surface. The adjacent layers can create rich dialogue or reject one another based on color relationships, shape, or tactility. Each group competes for attention resulting is a potent, confrontational surface. 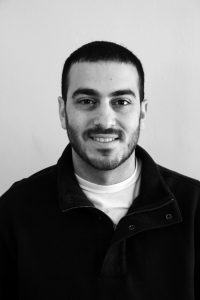