Til the sky meets the pouring rain

There is an archaeology to seeing, particularly when one experiences the topography of our western states.Â  It is slow, there are layers, and it requires a space to dig.Â  Within this space, a synchronicity occurs:Â  the vast expanses and deep accompanying silence of this environment heighten all of the senses.Â  This sensory enhancement that, ironically, springs from immense openness and extreme quiet, and that requires patience to experience, has become the experiential and conceptual center for my studio practice in recent years.Â  For eight out of the past nine summers, I have driven from my home in Richmond, Virginia, to the western plains states or Rocky Mountain region.Â  The specific destination is never predetermined; the goal is simply to drive where the sky opens up and the views are vast. This part of the western landscape, called the “Big Sky” or “High Plains,” is immense and open.Â  Experiencing it has caused me to look more deeply and intently at subtle changes and shifts in everything I see.Â  Its profound serenity has prompted keen responses within my senses.

During the past two trips, I started thinking about and working with the idea of a puzzle – a practice I have coined “puzzlization.”Â  Puzzlization is how things are put or fall together – a unified conjoining — within one’s field of vision, regardless of one’s station point, eye level, or perspective.Â  I am fascinated by the idea of placement and objects “fitting together” perfectly.Â  Slowly scanning the landscape, everything fits perfectly together:Â  the sky always flawlessly “fits” into or at the horizon as if it were the correct puzzle piece.Â  When I move, even within the fluctuation of the moment, the “piece” still fits, though shapes may slightly change or morph. “Puzzlization” is a kind of playful idealism in vision, one that is or seems impeccable and stable, yet is also fragile, on edge.Â  There is a kind of paradox here, and it alludes to a second meaning for the term, puzzle: a conundrum or enigma. 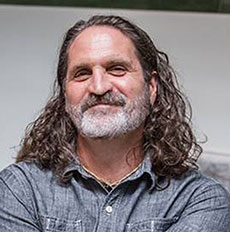