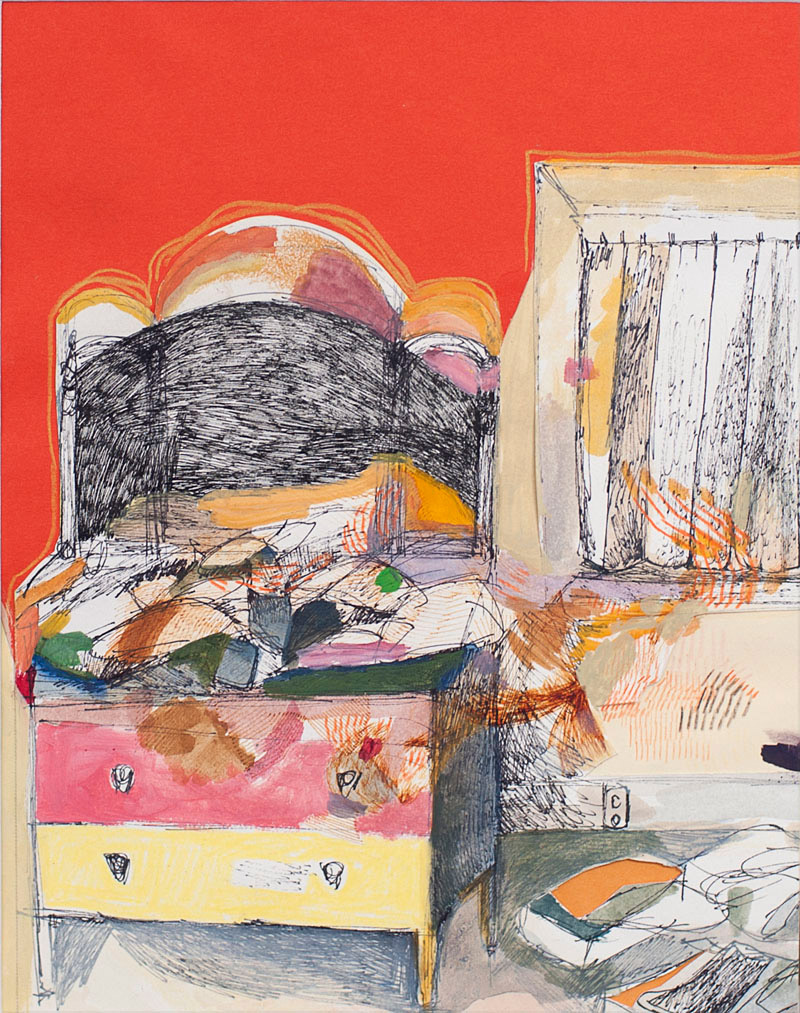 Long Enough to Hear an Echo

Long Enough to Hear an Echo was a part of a series I developed for an exhibition titled Returning Home to 10,000 Walks. For this series, I created mixed media works on paper that depicted interior spaces that I drew from memory. The room featured in “Long Enough to Hear an Echo” was the bedroom of a home I regularly cleaned during my last year in St. Louis. The habit of cleaning someone else’s home firmly planted their private space in my visual memory in a very special way. I was interested in the tension between intimate familiarity with their home and the responsibility of maintaining its cleanliness with the role of a guest and stranger that politely leaves a pile of accumulated belongings undisturbed. 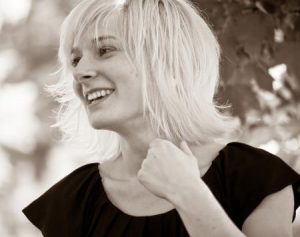 Christine D’Epiro Abbott creates works on paper, mainly drawings and collages, as well as large-scale installations. An alumnus of Columbus College of Art and Design, Christine graduated with a BFA in Fine Arts. While completing her undergraduate degree, Christine studied printmaking at the Glasgow School of Art in Glasgow, Scotland. Christine also received an MFA in Visual Art from Washington University in St. Louis. Following her MFA, Christine was an artist-in-residence for a year at the Luminary Center for the Arts in St. Louis, Missouri. She also completed an artist residency at the Vermont Studio Center in Johnson, Vermont.Â  Christine has exhibited extensively in St. Louis and Columbus as well as nationwide. Her second passion is teaching and she has enjoyed working with a wide range of students in order to share an enthusiasm for art making. Her work was purchased by the Hilton Columbus Downtown as part of their permanent art collection.