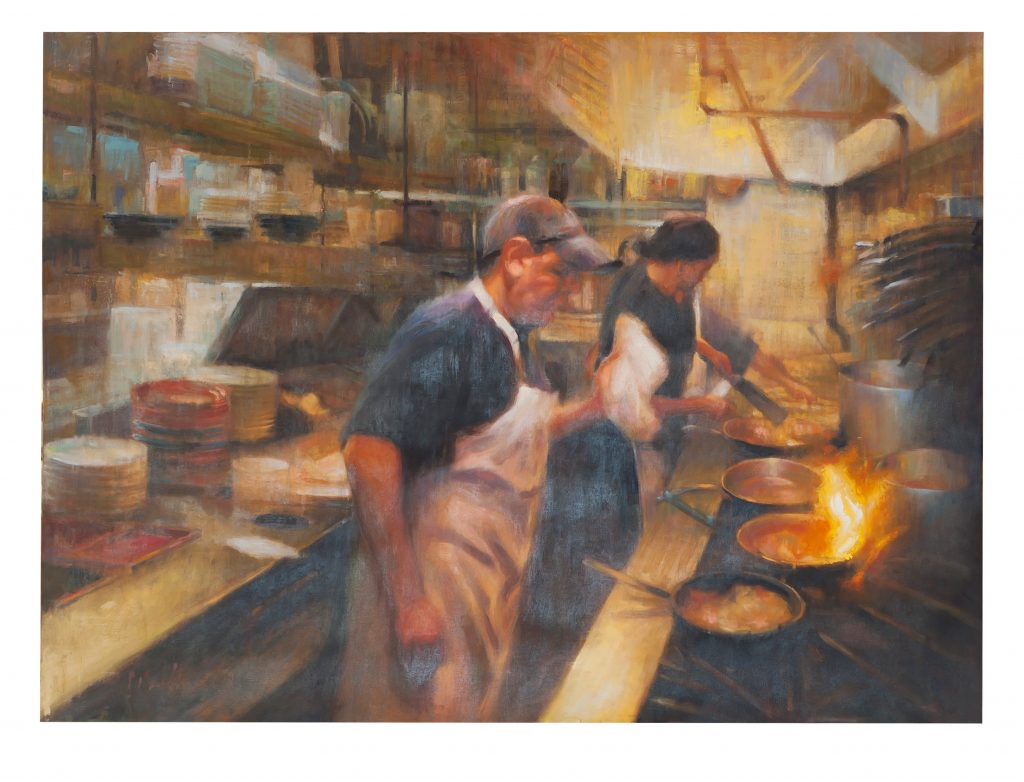 I found the energy of this scene intriguing. How does one show the action and energy of a working kitchen? I found the manipulation of shapes, edges, and colors worked for me. I wasn’t able to stand right there and paint, so I had to use photos. First thing I did was to flip the image horizontally. This helped me to control the way the viewer entered the painting. It then became about editing what to leave out, or leave in, and how much. 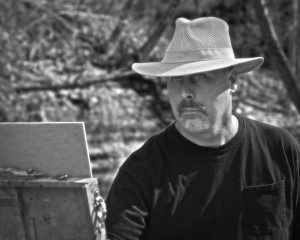