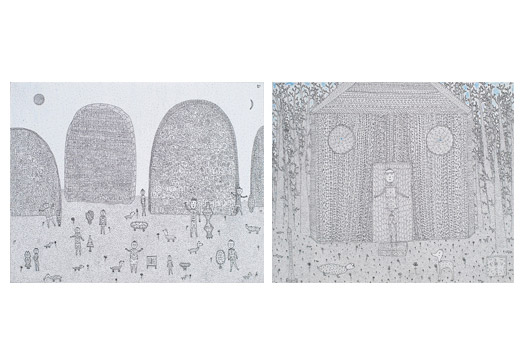 My art “career” began with doodling during class in high school, doodling which at some point I started to value and take seriously as a means of self-expression.Â  Over the years I’ve gone from lined notebook paper to heavy artist’s paper; from regular No. 2 pencils to colored felt-tip pens to Rapidograph technical pens; from stashing my favorite drawings in a folder to look at every once in a while to to exhibiting my work at galleries.Â  The drawings themselves have changed as well.Â  My early drawings were mostly simplified flat faces that expressed an assortment of anxieties and torment.Â  They were drawn in a flash of frenzied activity and generally completed within a minute or two.Â  My drawings have gradually become more and more elaborate, so that now it is not unusual for me to work on a single drawing for several months.Â  But still, I mostly start out my drawings the way I always have – I pick up my pen and without any particular ideas, start drawing lines and watch attentively to see what emerges.-Even with their strangeness, I hope it is clear that my drawings are primarily about people – people that are lonely; that love each other, but rarely can get along; who strive endlessly for something which they can never quite reach; who seek solace in power over others;Â  who look at animals and wish they didn’t have to think so hard about everything; who look at birds and wish they could fly; who suffer, who know they are going to die; and who are inexplicably driven to draw pictures of themselves. 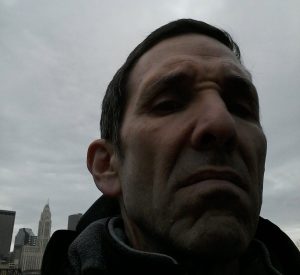