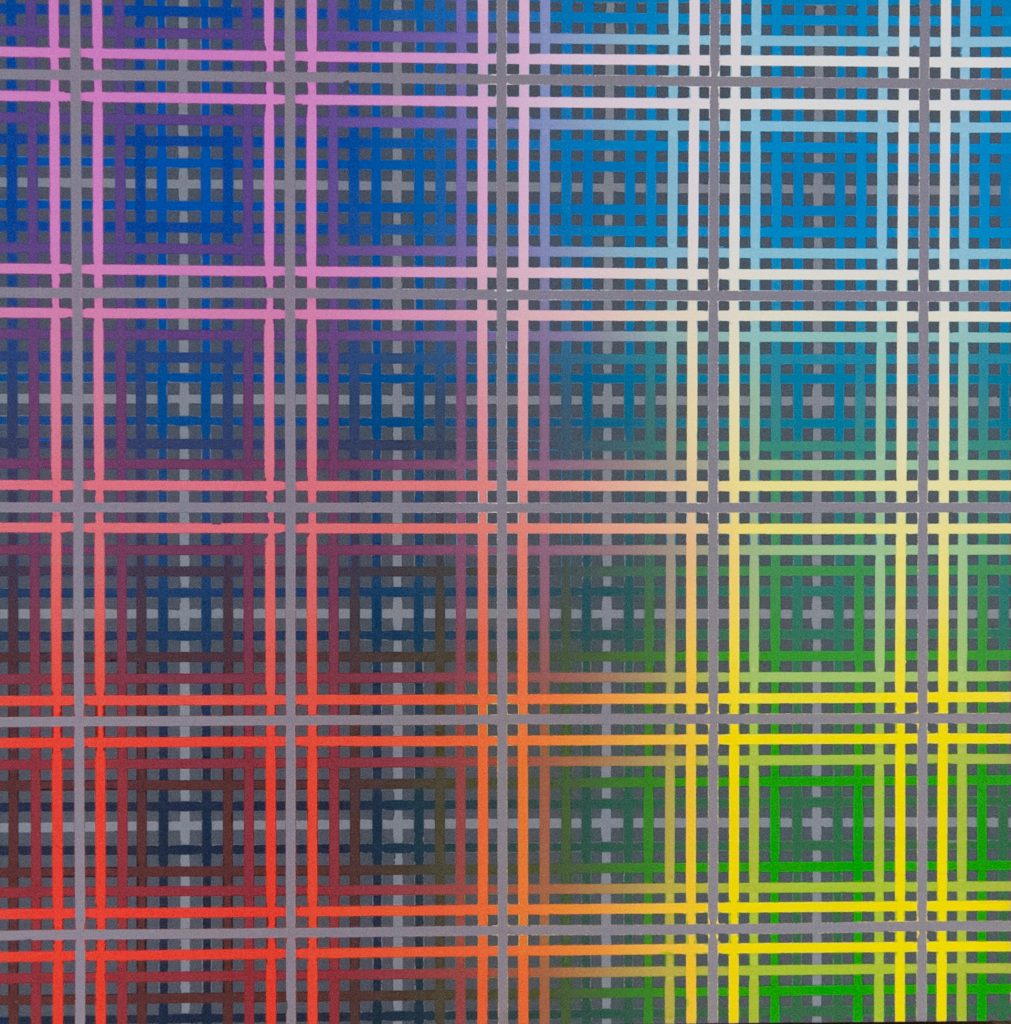 The motivation for this piece arose from my ongoing exploration of visual perception and color phenomenon. Color is everywhere, but still manages to defy definition through language. I am interested in how meaning can be obtained from experience without being dependent on image. Upon first impression, cognitive reasoning becomes secondary to a primal, involuntary response, thus creating a more genuine encounter. I’ve recently begun using gray in my work in thinking about color luminosity. Gray, often thought of as a non-color, is in this case composed of all the individual colors used elsewhere in the work. This piece is a great example of how the use of gray allows both the colored and non-colored areas to become luminous and help shape the visual experience. 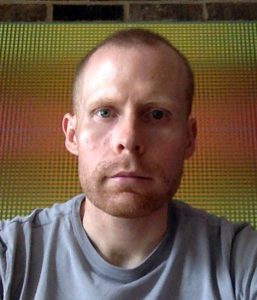 Mike Nemire is a painter living and working in Columbus, Ohio. He was born in 1981 in Phoenix, Arizona, but spent a good portion of his life in the northwestern region of Ohio, where his family originates. He attended Ohio University to study painting and received his BFA in 2003. He later moved to New York in pursuit of his MFA degree, which he received from Pratt Institute in 2007. Nemire has exhibited in galleries and art institutions throughout New York and is a part of numerous private and public collections across the United States. In 2015, Nemire returned to central Ohio to pursue his artistic endeavors and contribute to the spirited arts community of Columbus. He currently has a studio at 400 West Rich and has recently been included in exhibitions at COSI and Wild Goose Creative in Columbus, as well as The Dairy Barn Arts Center in Athens.