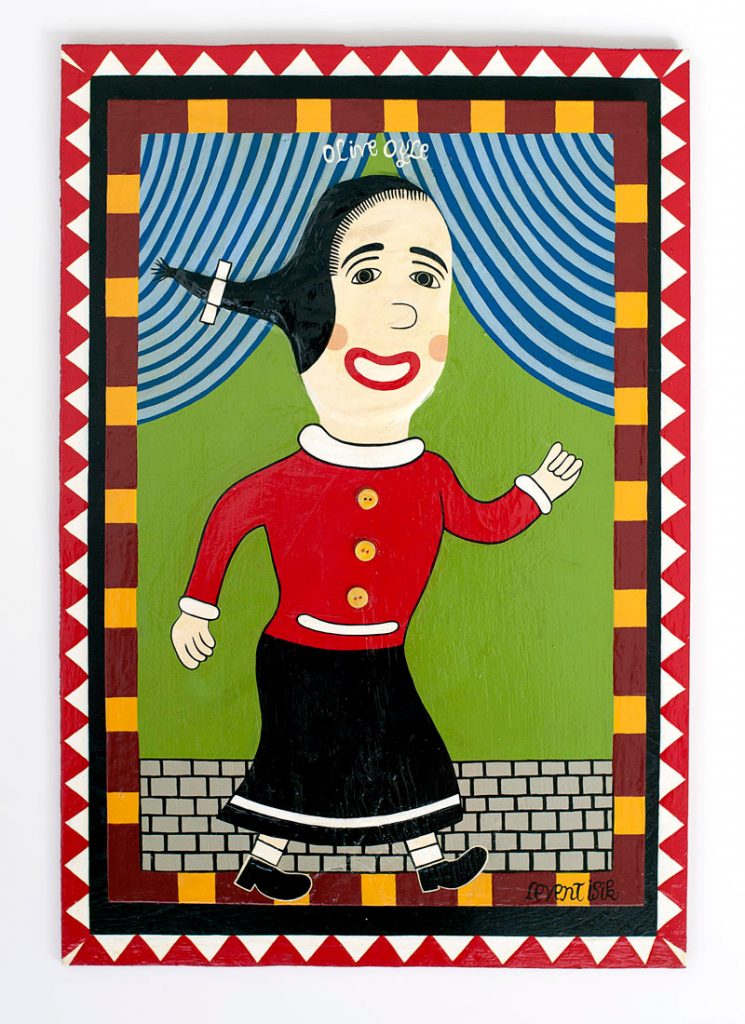 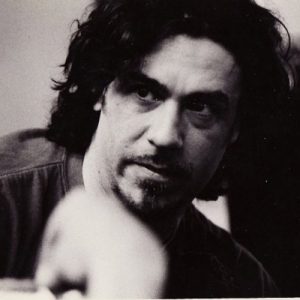 Isik began painting in Columbus in 1989, having been inspired by Elijah Pierce and William Hawkins. His work has also been influenced by Gregory Womack (Mr. Imagination) and by the paintings created by Vincent Van Gogh and Morris Hirshfield. The colorful, highly patterned, and romantic images in Isik’s paintings derive from his subconscious. The subjects include cityscapes, superwoman, and animals. Some of his creations are reliefs with raised shapes, either cut from scrap metals or built from water putty that he has attached to the painting surface. He almost always uses found objects, and uses house paints ,which he then covers with polyurethane to get a high gloss finish. His frames are all hand painted with a repeated zigzag pattern.-His works have been shown in many galleries in the US, as well as important institutions. He’s also been included in folk art books, and number of publications on Folk art. -Leslie Constable from the Columbus Dispatch wrote:Â  ” His visual lexicon adds up to a playful, warmly humanistic vision filled with homey wisdom and more than a dash of bawdy humor.”