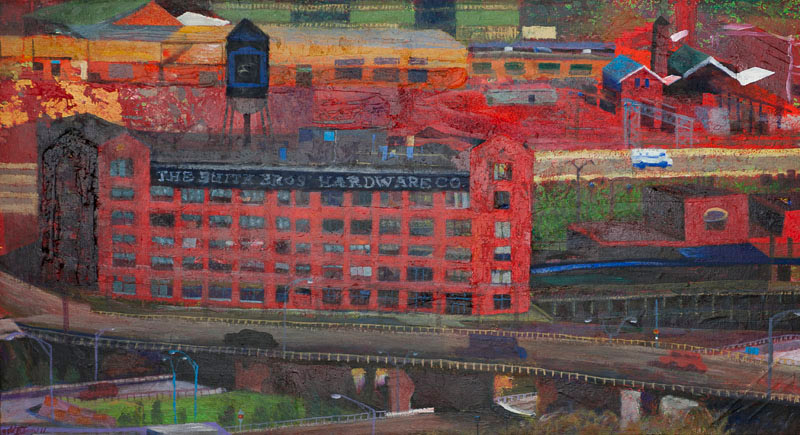 This building, situated at the northern edge of downtown Columbus, is a familiar sight to those who live and work nearby, as well as to commuters, people driving to the mall, or travelers on their way to the airport. It is a memory trigger for those who revisit the city years after they move away. Since it is a rather simple rectangular brick factory with a large old water tower on the roof, like so many old factories that you see, the building would not be significant were it located in Cleveland or Cincinnati. Yet, ColumbusÂ  has never been as industrial as other cities in Ohio, so the sight of an old factory building standing out prominently in a skyline of banks and government high rises appears more significant. Its presence is a nostalgic memento from an earlier time when industry dominated the local economy. Today, the building is home to design firms, realtors, insurance agencies, investment firms, and other examples of our rapidly growing service industry economy. -I try to imagine daily life for the factory workers, many of them immigrants, during America’s early industrial era, and I try to imagine what it might have felt like to be alive then and a person living in Columbus, Ohio. At the same time, I am aware that the bright colors and folk style of my painting reflects on the historical distance between that bygone time and the present day, expressing a nostalgic longing for a past that may or may not have existed. 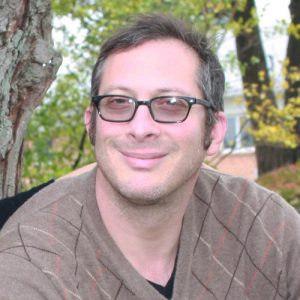