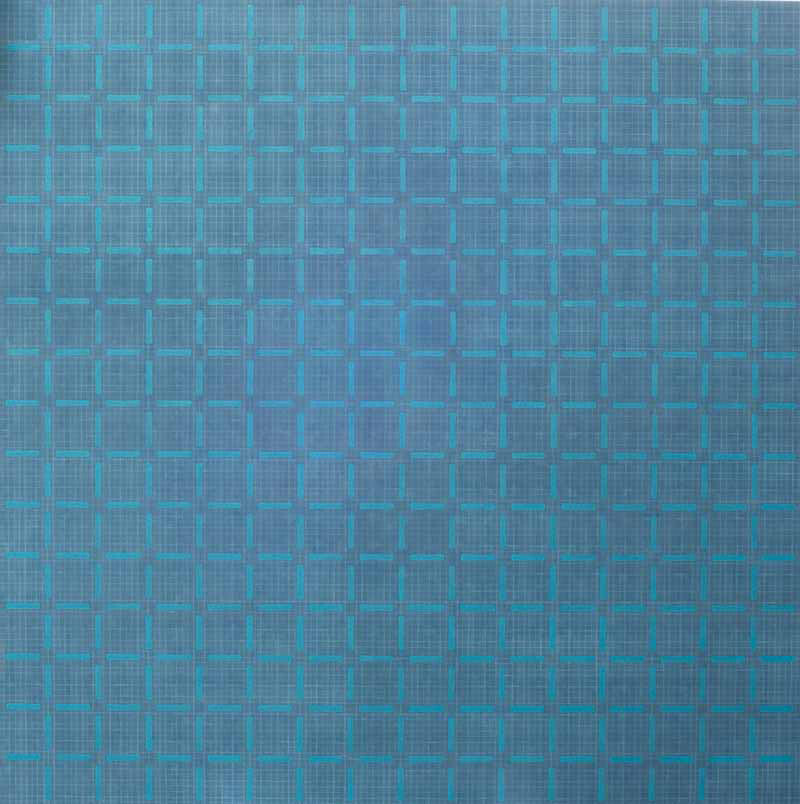 The building block of his paintings is a stripe, which is then repeated and overlapped obsessively in varying intervals.Â  Counter-intuitively, the result is not stripes, but the appearance of drawn lines, thin and wavering.Â  These simple, economic lines are a means to an end in creating a second cast of characters: Pattern, intersection, figure, and color, which in turn combine to produce varying effects.Â  Daniel’s paintings demand reevaluation from differing angles and distances.Â  Perceptions and interpretation of the work often shift between viewings, whether day to day, or month to month.Â  It is this capacity for self-refreshment with which Daniel’s paintings provide a maximal experience from economical means of expression. 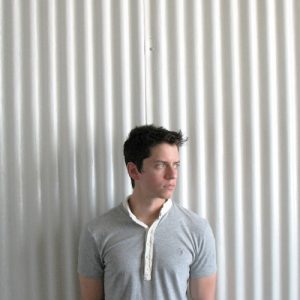