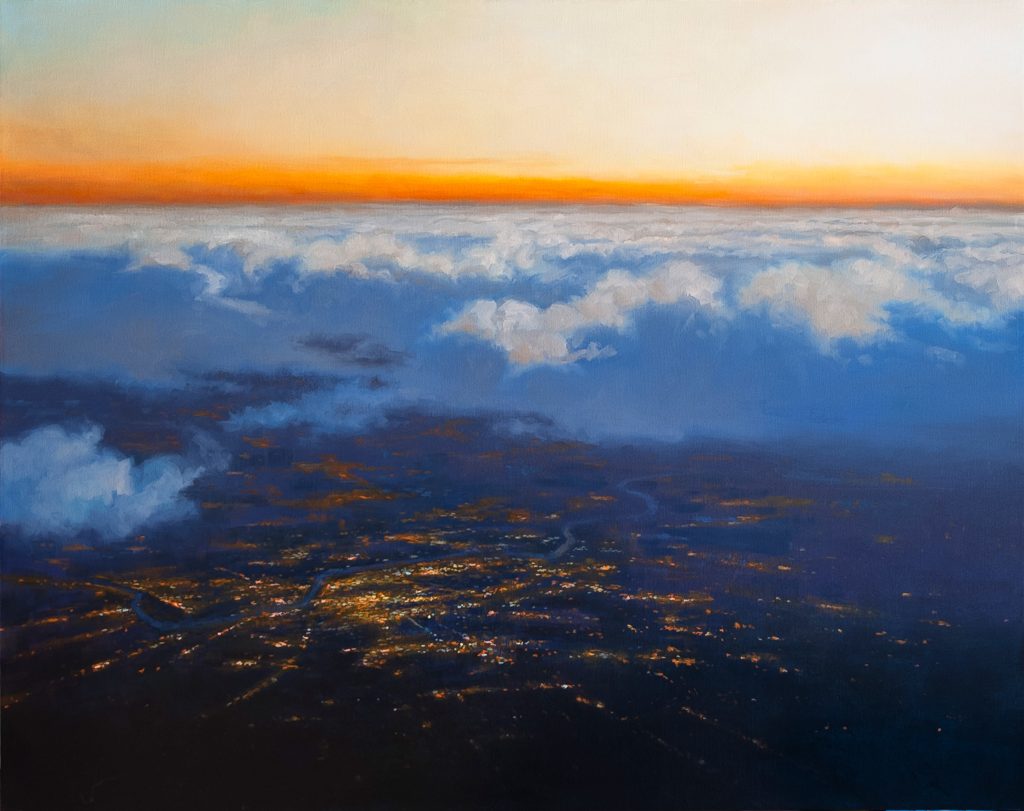 Like in a good story, contrast makes for good drama.Â  This bird’s eye view of ColumbusÂ stemmed from an early morning flight just above the clouds.Â  “Upward was not intendedÂ to be dramatic but bold and vast.Â  For those of us who have lived in Columbus, we knowÂ how cold and gray the palette can be during the winter months but there are a fewÂ moments, like in our lives, when the light peaks out and reminds you of the warmth thatÂ is coming.