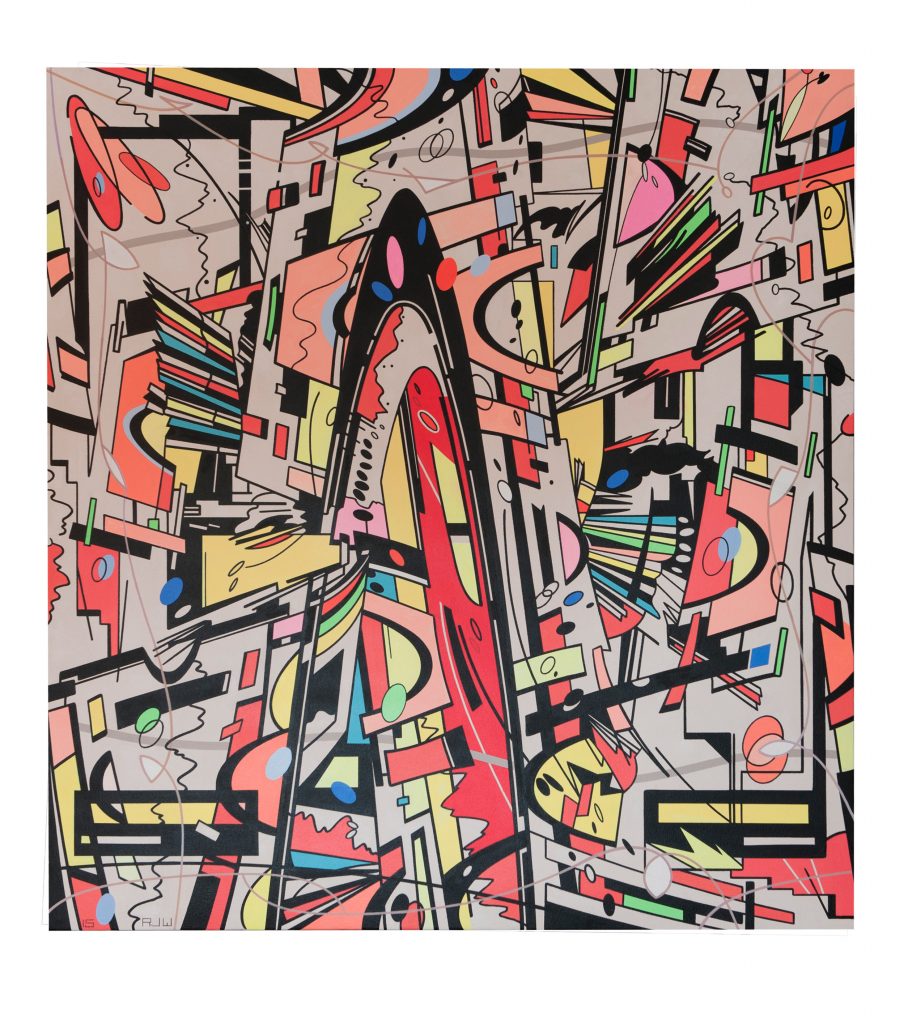 Roger Williams is a postmodern artist turned deconstructivist.Â  For the first 20 years of his career, postmodern art was his focus because of his interest in art and technology.Â  In 1999 he decided to start working as a deconstructivist.Â  Deconstruction is a national progression from postmoderism. The academics of postmodern art have been deconstructed to create lots of new energy.Â  The technique is called articulated formal.Â  Frank Gehry is well known for his deconstructivist architecture.Â  The techniques that Roger Williams uses is articulated formall.Â  The structures have irreverent overlap, layering and transparencies.Â  In his pieces, large numbers of straight edges are cut out to get formal lines and mohair rollers are used to lay down transparent glazes.Â  Most of his paintings are large and flat shaped without a frame.Â  Deconstructivist art is an uncrowded art field in Columbus.Â  He is currently the only one located here and has great success with this newer direction.Â  Unlike Julie Mehretu, he has decided to deconstruct more than abstractions.Â  Subjects may also be portraits, anime, hip hop images, and pop surreal.Â  His subject matters are things and events that define this decade.Â  For example, Lady Gaga, Lunch with Spongebob and the Mona Lisa, Bobbie Buddha, Google Happyfaces and Brush with Greatness.Â  Roger Williams is also interested in public art.Â  With the Chase 200 grant, he is installing a large mural on West Broad Street in the Hilltop Area of Columbus titled Salvador Dali Google Happy Face deconstructed.Â  This peice is consistant with his consistant with his current direction as a deconstructivist.Â  With teh Ron Pizzuti print grant show, he wants to show deconstructed elephants.Â  The elephants represent the new fountain found in Goodale Park as a localism.